Australia is arguably one of the most epic destinations in the world to explore on a cruise. With over sixteen thousands miles of dramatic coastline, idyllic paradise islands, and colourful coral reefs, Australia tops many travellers’ bucket lists. Travellers from all walks of life will find Australia full of varied ecosystems, weird and wonderful wildlife, rich culture, bright cities, and diverse geographical landscapes.

One of the most intriguing and less-visited regions in Australia is the Kimberley. Found at the northern end of the state of Western Australia, the Kimberley is a vast region of almost half a million square kilometres, yet sparsely populated and thus retaining its raw natural beauty.

Travel in this area is an incredible adventure and offers unique voyages of discovery. Not usually considered synonymous with expedition cruising (unlike the more popular polar regions), expedition cruises to the Kimberley are perfect for those who want a taste of tropical exploration without the hassle of large crowds or huge cruise ships. Rather, expedition cruises in the region are limited to smaller vessels which can not only reach more remote ports, but won’t cause damage to the delicate marine ecosystems and coastlines. 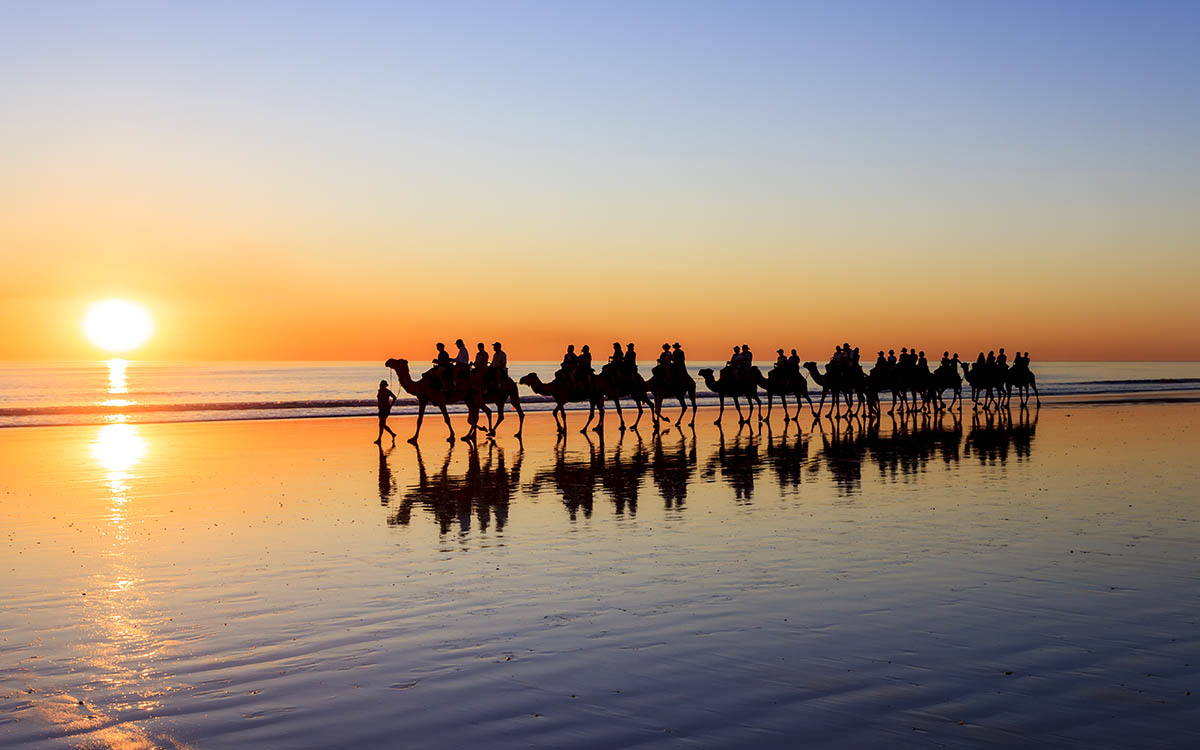 Broome
The main city in the region is Broome, a small coastal city on the Indian Ocean boasting the white sands of Cable Beach, incredible historic dinosaur tracks, and a colourful and multicultural Chinatown. Broome is a popular jumping-off point to some of Western Australia’s most diverse national parks and off-shore pearl farms, and also serves as a backdrop for sunset camel rides. 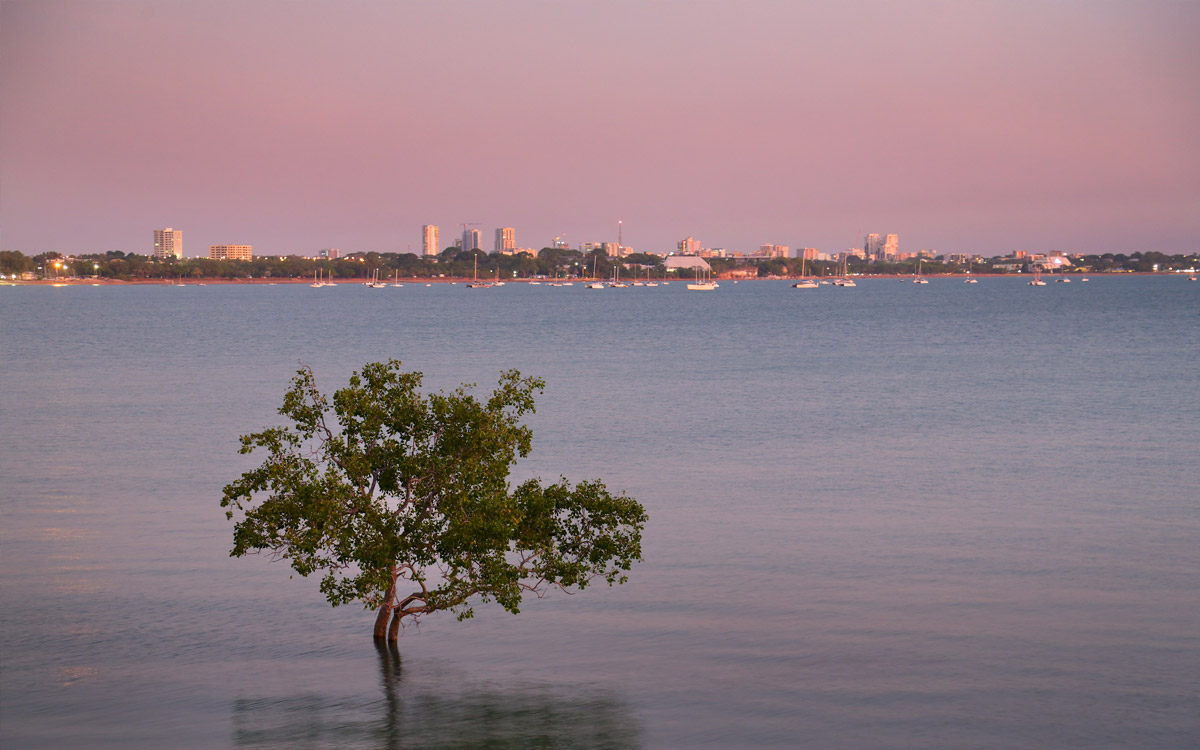 Darwin
Set on a rocky peninsula that stretches into one of the most beautiful natural harbours on the north Australian coast, Darwin is surrounded by water on three sides, which allows it to be fanned by cool breezes that temper the tropical heat and humidity of its climate. 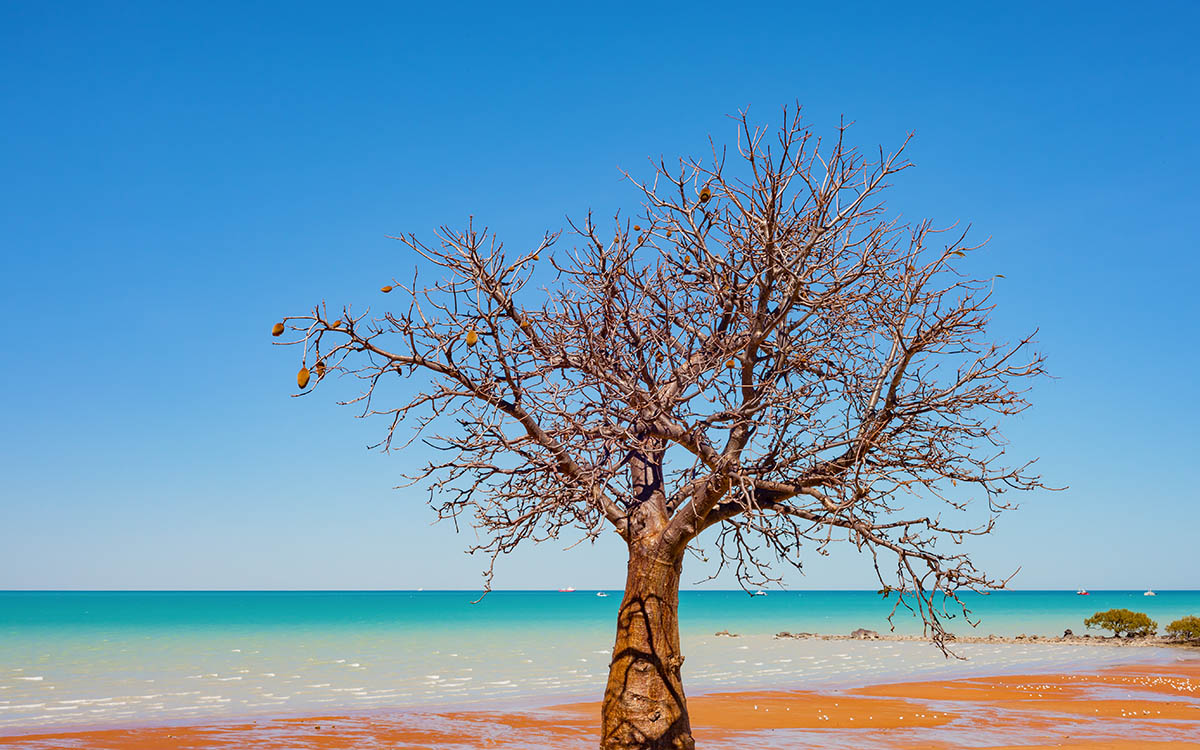 Wyndham
Wyndham is a small settlement with the spirit of a Kimberley outback township. Wyndham is a gateway to the breathtaking Bungle Bungle mountain range and the nearby Ord River. Over 350 million years, this range of bizarre giant orange and black striped domes rising out of the ground have transformed the landscape in the Purnululu National Park. 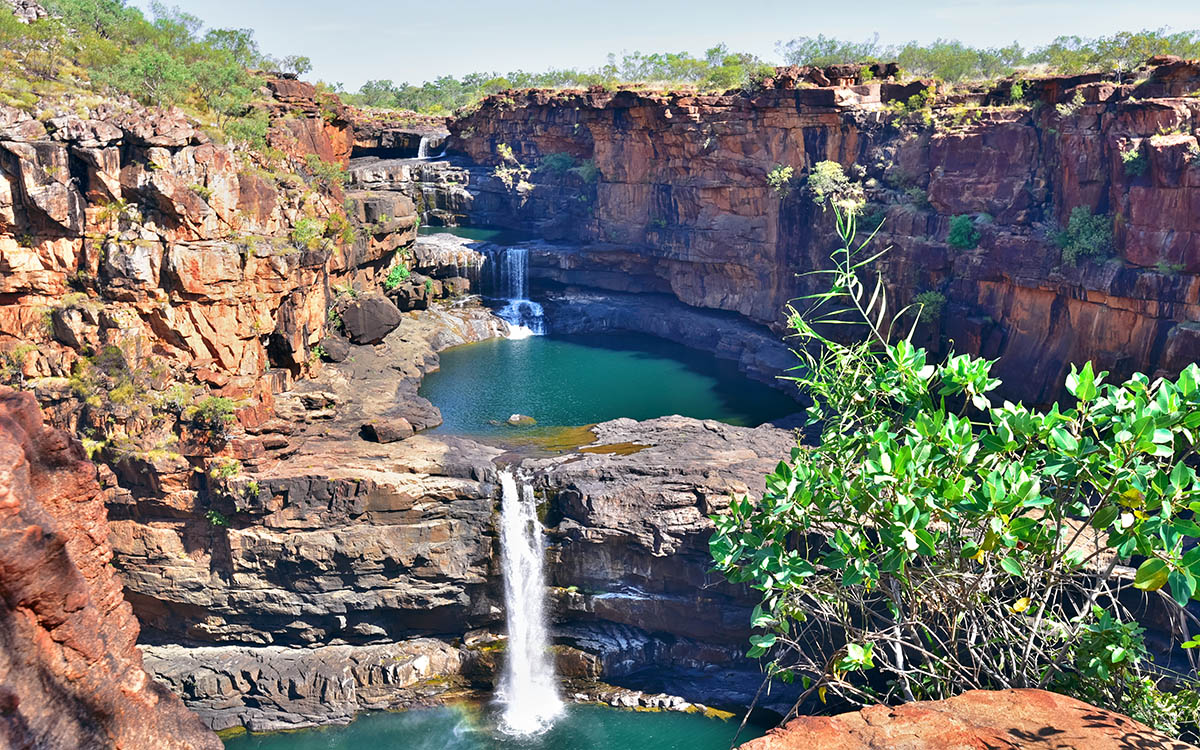 Hunter River
The Hunter River is a river in the Kimberley region of Western Australia, with a spectacular rock formation at the river mouth and two large waterfalls, which drop 90m. The river is believed to be home to the highest density of estuarine crocodiles in the region. 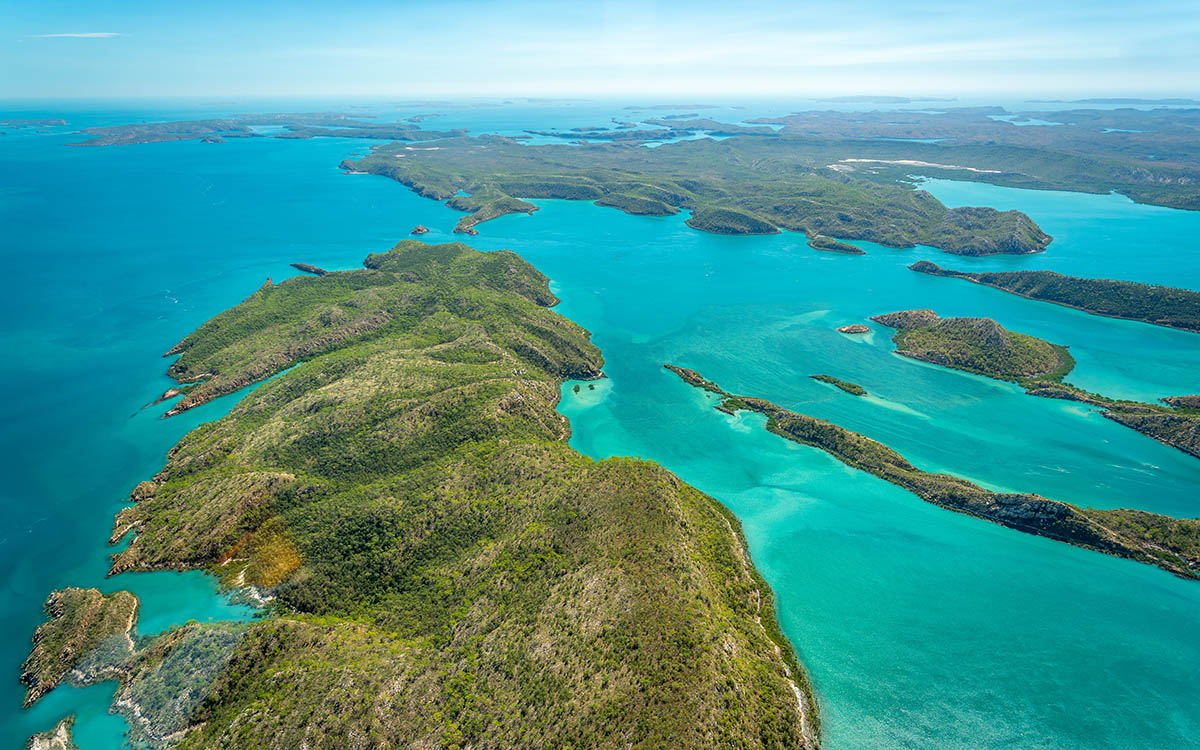 Buccaneer Archipelago
The Buccaneer Archipelago is a group of islands off the coast of Western Australia near the Kimberley region. This untouched region of over 1,000 tiny islands is home to lush rainforests and secluded beaches nestled among mangroves and tidal creeks.

Kununurra
Known as the gateway town to East Kimberley, Kununurra is a great place to explore some of the region's extraordinary natural landscapes. From the weird and wonderful Bungle Bungles to the crocodile nesting-ground of Lake Argyle, Kununurra is a fascinating and remote area of the Kimberley.

Top 10 Things to do on a Kimberley Cruise 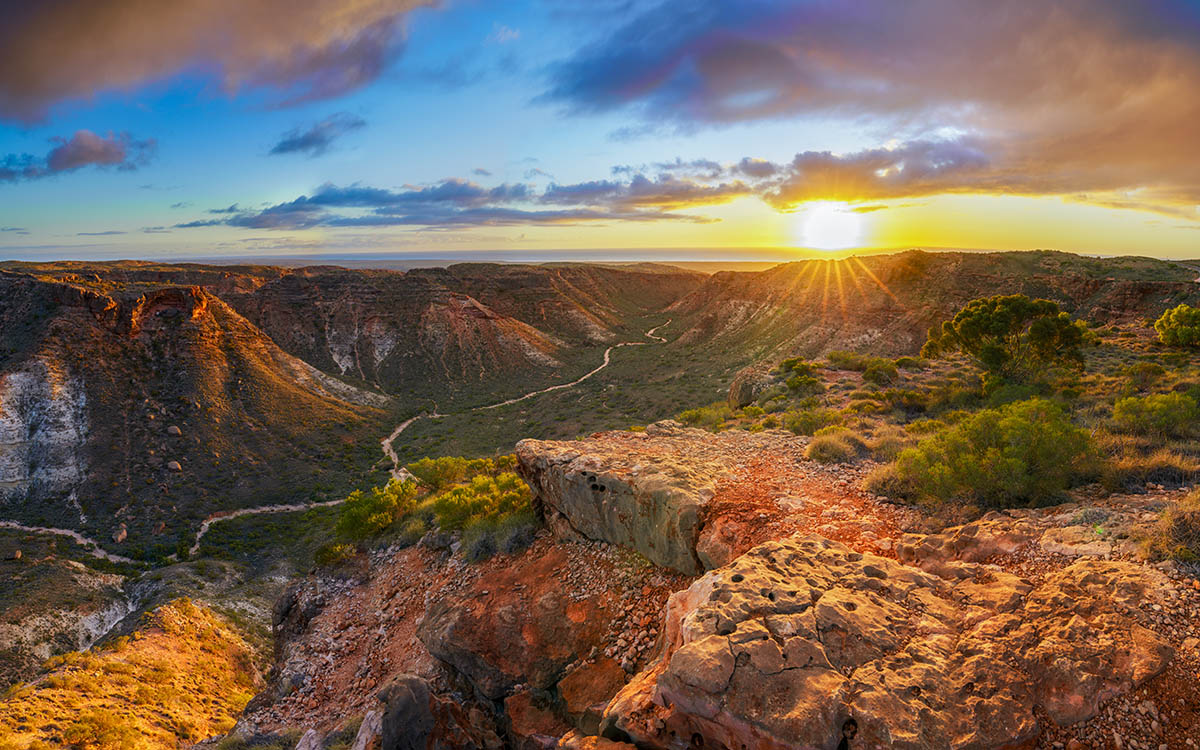 Australia is well-known for its abundance of weird and wonderful wildlife, totally unique to the region and fascinating to see in their natural habitat. Kununurra is one of the best places in the Kimberley to see wildlife and is a must-visit for any expedition cruise or land tour. As well as the toothier creatures like crocodiles and sharks, you might be lucky enough to see huge flatback turtles drifting through the ocean and the curious looking flying fish.

There are a number of wallaby species in the Kimberley with the most common being agile wallabies and the smaller rock wallabies can be found in more remote areas of the wilderness, such as in gorges and national parks. Wildlife enthusiasts and keen bird watchers will also love this region of Australia as colourful tropical birds such as pink galahs, rainbow lorikeets, and red-tailed cockatoos make the national parks feel more alive with their stunning bright plumages and loud calls.

The Kimberley was one of the earliest settled parts of Australia, with the first humans settling around 45-60,000 years ago. The land is sacred to local aboriginal groups, and as such the area is home to thousands of years of rich indigenous culture. Local communities welcome and educate travellers from the Dampier Peninsula all the way to the Mitchell Plateau, where tribes continue to act as guardians of the deserts and mountain landscapes.

More recently, since European exploration began in the 17th century, western settlements have steadily grown and introduced industry to the region. To this day there is a sparse population in the Kimberley, with around 40,000 people dispersed over the vast area – in fact, there are now more cows than people in the region! 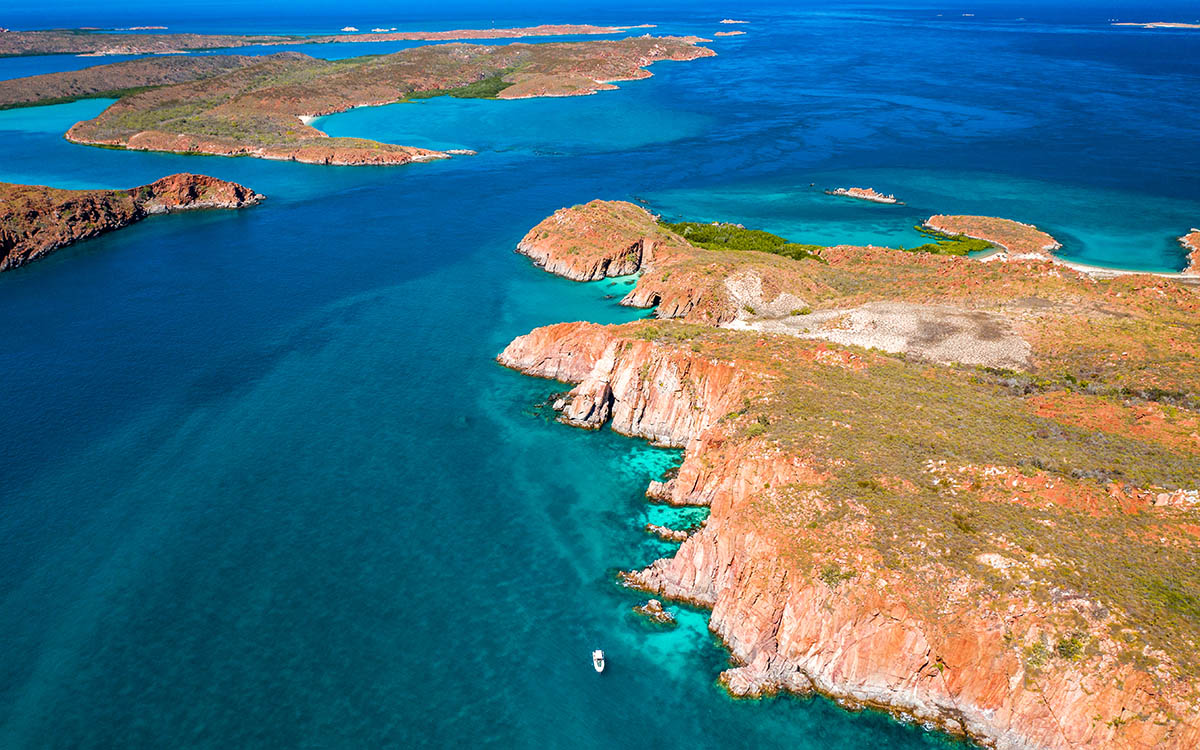 The best time to go on Kimberley Cruises is during the dry season which is from April to October. However, many recommend visiting the northern tip of Western Australia and the Northern Territories during the months of May to August.